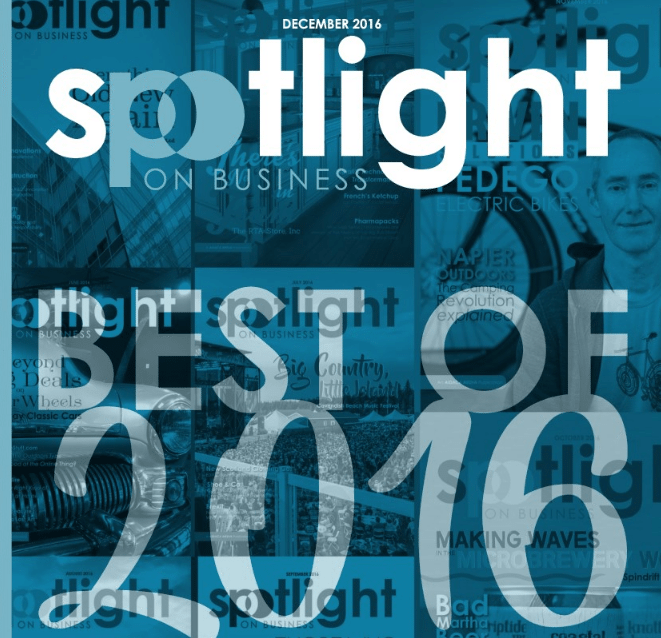 Posted at 13:33h in Monk Testimonials by Monk
0 Likes

“When people in Halifax think about renovations, I want them to think Monk Renovations.”

Dan Monk’s vision sounds simple. Founding his company in 2009, he has built Monk Renovations from the ground up, one job and one relationship at a time. Talking to him, you quickly learn that “relationships” are one of the four key words that sum up Dan’s work philosophy. Professionalism, trust, relationships and passion are the ingredients of Monk Renovations’ success recipe.

Dan Monk grew up in East Ship Harbour, a tiny fishing village on the Eastern shore of Nova Scotia. His father was a heavy equipment operator. When Dan was 15 he helped his father pour the concrete foundation for their house – by hand. He learned construction and building hands-on. When he went to Saint Francis Xavier University and later Dalhousie (Daltech) to become a civil engineer, he knew his life was going to be tied to building. He also knew he wanted to do it right. He knew he’d never be satisfied simply being a tradesman “with a hammer and a truck.”

He tells a funny story about becoming a civil engineer. “Everyone seemed to know one thing about civil engineers: they build bridges. I’d argue that we learn so much more — roads, buildings, dams, railways and more – but still, everyone says, ‘so you build bridges?’ Of course, my first job after I get my degree, what am I doing? Building bridges.”

That first job was with Atlantic Industries, which he describes as a “great place to work and learn.” Atlantic cultivated the leadership qualities their young engineer showed, putting him in charge of a division in Alberta, where he led road, culvert and pipe building projects. When Dan eventually began to get the itch to learn more, he moved into environmental remediation work, moving back to Nova Scotia to work with Dexter Construction, where he stayed for eight years.

His next move is the most straightforward of entrepreneurship stories: “I decided I was ready. So I put in my notice and I did it.”

“It” was founding Monk Renovations in 2009. Home renovations might seem like a strange move for a civil engineer, but Dan notes that his skills were highly transferable. “I started on the tools.I had worked on my own renovation, plus I own rental properties and have worked on those. Being a professional engineer and a Red Seal carpenter is a rare combination in the renovation business. And sales have never been hard for me. I love building relationships with customers.”

“Being a professional engineer and a Red Seal carpenter is a rare combination in the renovation business.”

In describing his journey to business owner, Dan goes to great lengths to describe how much he values the support of his wife, Angela. “She never questioned anything. She showed complete faith in me. When you have someone relying on you, supporting you and trusting you unconditionally — it’s really powerful.”

The faith was justified. Monk Renovations has grown to 10 employees, and their website is full of testimonials that speak to the quality of both their work and the service. They have been named the 2016 Renovator of the Year, and recently won their second award for the Most Outstanding Reno for a custom kitchen renovation they completed for a family on Cedar Street.

Which brings us to Dan’s four word manifesto.

Dan has some strong opinions on the importance of certification, registration and paying taxes. “When I started the business, the first thing I did was register my business with Joint Stocks and get my tax number. Yes, I am a tax collector: I run my business professionally, I charge taxes, I give receipts. I know there are a lot of tradesmen who run one-man shops and will work under the table: my thinking is, these guys have just told you they are okay cheating the government. Don’t be surprised if they end up cheating you.” Dan notes, “It’s not just that taxes pay for medical, roads and schools. No one wants to pay too much tax. It’s the fact that we warranty our work. We are a stable, professional business, committed to our customers and our community.”

One of the ways Monk Renovations shows commitment to the professional community is by hiring young workers and developing them. In 2015, Dan Monk got his Red Seal certification in large part so that he could sign off on the experience of apprentices. The company makes a practice of hiring young carpenters — “when they start, they really don’t know much,” says Dan — and developing their skills.

“We pay a fair wage and really put a lot into bringing apprentices along,” Dan says. “Of course, what usually happens is that once they get really good, they move out West to pursue the opportunities there.” He laughs ruefully. “You kind of have to approach it altruistically.”

Dan recently hired a graduate of NSCC’s Engineering and Architectural Design program, who was brought on first as an intern. “Customers like to see the visual of what something is going to look like – plus he’s learning estimating. It was a good hire.”

Dan knows that in today’s world, contractors don’t receive a lot of trust. “Everyone has a horror story. Everyone’s seen Mike Holmes, they know what terrible service looks like.” To show how the company builds trust, Dan refers to customer feedback. “We ask if customers would re-hire us, and if so, why. The top three answers? 1. You showed up when you said you would. 2. You did the work you quoted on and promised to do. 3. You charged what you said you would. People want to do work with a company they can trust.”

“People want to do work with a company they can trust.”

Dan says that customers expect quality. The difference comes in how the service is delivered. Monk respects that renovations can be a challenging experience for homeowners, and commits to work at minimizing the inconvenience.

Building trust is the first step in creating the solid relationships that Dan values. Relationships are the reason customers return, as he notes. And Monk’s relationships with suppliers and vendors are of paramount importance. Dan names some of the suppliers and contacts he values: Payzant, Quest Kitchens, Tower Interiors, Taylor Flooring.

“I’ve seen jobs where I was two tiles short – I called up Michelle Horsman at Taylor, and she took tiles from a sample board to help me out. That kind of service is based on a good relationship. Taylor is great.”

Another relationship that has helped his business – his friendship with real estate agent, television and radio host Vanessa Romans. The two met in 2008, when Dan was about to incorporate his business. Vanessa was flipping a house and needed the hardwood floors redone. Dan came in and actually ended redoing the floors and windows. The two have been friends ever since, with Vanessa bringing Dan in as an expert to speak on her radio show.

Dan tends his relationships with the overall industry as well – he is a director on the board of the NS Home Builders Association and is co-chair of the Renovators Council.

You only have to speak to Dan Monk for a few minutes before his passion for his work comes through. He believes strongly not only in what he does, but in the way he does it. He talks with energy about the value of building trust so that your relationships with customers are strong and long term. He has no interest in competing to just be the cheapest bidder: “it’s easy for a guy with a truck and a hammer to come in with a cheap price. But at what cost? What’s his warranty? Everyone knows it’s less expensive to get it done right the first time than to get it redone.”

He talks about the challenges of being a successful business owner in this region, where success is often greeted with suspicion.

“As Maritimers, we have a reputation for pulling each other down rather than helping each other up. I believe this is a key factor holding back prosperity in Maritime Canada. Anyone who achieves success or wealth is often vilified as someone who must have done something under-handed to achieve success, or they are lucky. One of my favorite quotes is “the harder I work the luckier I get”.

ORIGINAL ARTICLE CAN BE FOUND HERE